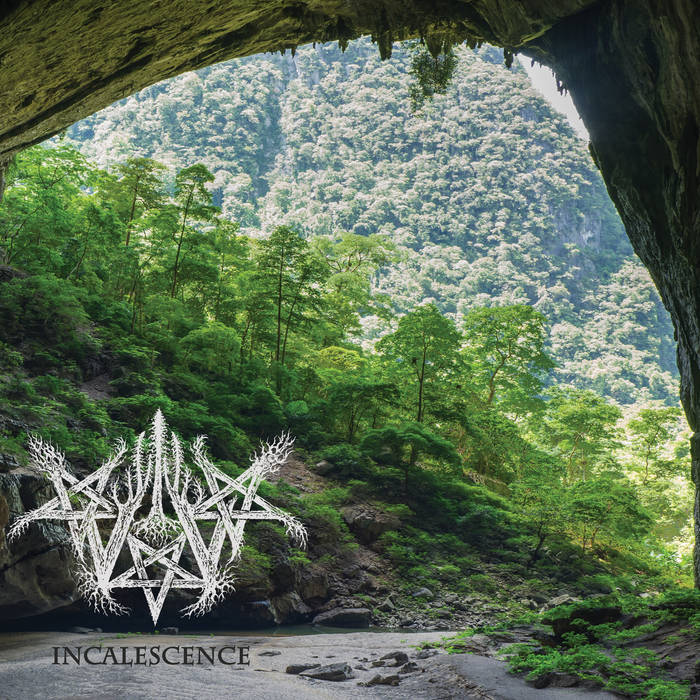 Jeremy K Much respect. Good music to enjoy in the wilderness.

Yawning Druid Very emotional and driven black metal. Incalescence grabs you from the first moment and holds you in place. The majesty of nature leaks through in every note of this record. Highly recommended for fans of nature/folk themes in black metal. Favorite track: Oracles of the Eternal Wisdom.

OldBlueHeron Nice job West, this is a very immersive listen. I really can't find any fault, as it starts strong and continues through to the end.

LoneWolf Another amazing release by Ovnev that addresses the listener to be apart of this journey,put the headphones on sit back and enjoy this adventure! Nature themed atmospheric black metal at its Best... Highly recommended

On a journey to Antarctica, a subterranean passage is discovered that leads to a lush, thriving ecosystem untainted by human life.
An entirely separate atmosphere and climate than the surface. There is intelligent life in this place that is unknown to man but soon to
be revealed.

Incalescence is an expedition transitioning through multiple environments by using the power of atmospheric black metal.

"There’s a lonesome grandeur to this album. It’s as if you’re a witness to a grand exploration, one that will only be experienced by a vanishingly small amount of people, but one that’s no less profound in its revelations because of this. Incalescence is adept at conjuring these kinds of images and feelings, and even when it turns up the heat with speed and aggression, the music is still exploratory and expansive." -WONDERBOX METAL

"Ovnev plays on contrasts and each title is a meditative initiation for a trip to this mysterious and fascinating country." -SOIL CHRONICLES

"A call to the real value of nature that many in this world have lost." -TERRA RELICTA

Tshirts can be purchased from Naturmacht Productions in Germany: shop.naturmacht.com/ovnev-shirt-incalescence or naturmachtproductions.bandcamp.com/album/incalescence.

All composition, recording, mixing and layout by West Maddox

Ovnev aims to channel the essence of the wilderness. The atmosphere is heavily inspired by the earth.

Bandcamp Daily  your guide to the world of Bandcamp